A couple of recent copyright cases, one in the European Court of Justice (ECJ) and one in the England & Wales High Court, have me worried about the balance between copyright and technology.

Before I begin, let me emphasise that I believe copyright is necessary to provide a reward for intellectual endeavour. There is nothing better to promote and pay for artistic and journalistic works. The problem is ascertaining an appropriate balance between the rights of copyright owners and the rights of the public and technologists. I also have a natural dislike of the use of copyright as a control mechanism, rather than as a (temporary) way to recoup commercial investment. With these recent cases I think the balance has tipped too far in the direction of rights holders. I wish to point out that this is my amateur interpretation of the cases, feel free to comment on corrections etc and do not use it as legal opinion. 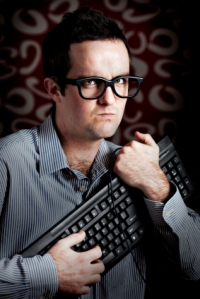 The first case is C-5/08 –  Infopaq International A/S v Danske Dagblades Forening (“Infopaq”) at the ECJ. The case considers a number of questions referred by the Danish Courts (Højesteret). The background is set out in the judgement, but to crudely summarise: Infopaq digitised newspapers (scan and OCR) in order to provide a searchable database of articles. A search term could then be entered and the results printed, together with an extract of 11 words indicating the context in which the search term appeared. The ECJ found that those 11 words could be subject to copyright protection if “the elements thus reproduced are the expression of the intellectual creation of their author”.   The comments of the ECJ, for example in paragraphs 40 and 47, suggest that this test, in most cases, would likely be satisfied.

In the second case – The Newspaper Licensing Agency Ltd & Ors v Meltwater Holding BV & Ors [2010] EWHC 3099 (Ch) (26 November 2010)  (“Meltwater”) – the English High Court cites Infopaq and considers similar issues. Both cases rely on an interpretation of Directive 2001/29/EC (“InfoSoc Directive”). Meltwater runs a Media Monitoring Service, which involves monitoring newspaper websites to create a database of articles. Website content is scraped to create the database, which can be searched for a particular term. Like Infopaq, the service may be used by commercial organisations who wish to monitor references to their brands in the media. An email report is sent out containing a hyperlink to each relevant article, the opening words of the article after the headline, and, like Infopaq’s service, an extract showing the context in which a search term appears. One of the questions was whether an End User infringes publisher’s copyright in the articles by receiving the email, and thus requires a licence. The Court found that copyright could exist in a headline and text extract. Receipt of the email constituted making a copy and thus there was infringement (see paragraph 102).

Meltwater then continued to suggest that supply of a hyperlink may infringe copyright (in this case an End User clicking on a link, and thus creating a copy would infringe) and that forwarding the hyperlink would also infringe (see paragraph 104). The exceptions were considered and found not to apply.

Both cases appear to introduce an additional layer of legalistic worry on day-to-day digital activities. For example, the ECJ state that:

23. According to the Højesteret, it is not disputed in this case that consent from the rightholders is not required to engage in press monitoring activity and the writing of summaries consisting in manual reading of each publication, selection of the relevant articles on the basis of predetermined search words, and production of a manually prepared cover sheet for the summary writers, giving an identified search word in an article and its position in the newspaper. Similarly, the parties in the main proceedings do not dispute that genuinely independent summary writing per se is lawful and does not require consent from the rightholders.

This seems to suggest that the automation of this activity introduces civil liability. Automation necessarily involves storage of data, which in most cases is synonymous  with copying. This has been considered and the InfoSoc Directive provides exemption for technological use. The exemption requires:

However, it both cases the exemption was found not to hold. In my opinion, conditions 4 and 5 are too onerous; for example, processing thousands of articles to determine sentiment for commercial ends would not comply with 4 or 5 but in my mind could be exempt.

It is interesting that reference is repeatedly made in Infopaq to the “printing” of the search results. If a hardcopy was not made, for example the search results were viewed on a computer screen or iPad, would the finding of infringement have been the same?

I have generally been impressed with the common sense decisions in cases such as Francis Day & Hunter Limited v. Twentieth Century Fox Corp Limited[1940] AC 112, wherein copyright was found not to subsist in the title “the man who broke the bank at Monte Carlo”. More cases are set out in paragraph 61 of Meltwater. I think it is very dangerous to extend protect to short passages, titles, names and headlines, especially without any straightforward exemptions for citation. Indeed one of the reasons titles were denied copyright was to allow the free citation of books and articles.

While Infopaq introduces the condition of “the elements thus reproduced [being] the expression of the intellectual creation of their author”, I think it would be difficult to prove this did not apply; every headline, even if mostly factual, has at least a scintilla of creation, e.g. word choice, placement etc.. I think the Court in Meltwater accepted this was a likely result of following Infopaq.

The result of Infopaq and Meltwater is the situation that a Tweet, or even a newsagent’s sandwich-board, containing a newspaper headline is likely a prima facie infringement of copyright. Further a Tweet with a hyperlink accompanying the headline is a further infringement, if permission has not been obtained. Clicking on the link is also an infringement. If you RT a Guardian, New York Times, Washington Post or Telegraph tweet linking to an article you may be infringing copyright. I cannot see this interpretation as being practical or commercially desirable. I would thus expect an appeal from Meltwater in due course and some clarification from the higher courts.

UPDATE: The Court of Appeal have now dismissed Meltwater’s appeal. Read the judgement: here. The concerns set out above remain. While, in this particular case, the Courts have come to the right conclusion commercially – i.e. Meltwater’s customers required a licence, some guidance is required here on use and exclusions to avoid losing the trust of common Internet users.

I will leave the details of the story to Plagiarism Today and Eric Goldman (follow links). The photographer in question (Lara Jade Coton – who is now a bit older) writes about winning the case here.

An interesting point that arose was the separation in the US between copyright and publicity rights (see Eric Goldman’s report). Even if a photograph on the Internet appears to have a permissive (copyright) Creative Commons licence, if it features or references one or more people, and is used in advertising, you will also need to obtain permission from those people with regard to their publicity rights. This was apparently poorly considered by the court.

Another interesting aspect is the registration of copyright works in the US.  If the photograph in question had been registered in the US damages would have been a lot higher (in the end they were around $4k) and costs for attorneys fees may have been available. However, is it reasonable to expect a 14-year-old British amateur photographer to register her photos in the US? (Or even to know to do this?) What about a Flickr account with hundreds of photos? A quick glance at the US Copyright Office website shows that there is room for improvement in terms of usability and clarity; even the material for Teachers and Students is unclear as to the registration process (i.e. What exactly can be registered? What fees are required? How does registration function for works uploaded to Internet sites?)

In the present case, if there was no additional defamation action, it would likely not have been worth pursuing a copyright action. The issues with registration and enforcement raised by the case are not unique to the US; however, they again demonstrate that some form of global copyright is needed (e.g. to protect artists and their works) but that the present system(s) need revision in the Internet age.

I attended an interesting talk hosted by Queen Mary Intellectual Property Research Institute (QMIPRI) and the Institute of Computer and Communications Law on the Digital Economy Bill last night.

Speaking were Richard Mollet of British Phonographic Industry (BPI) and Jim Killock of Open Rights Group (ORG), with Graham Smith of Bird & Bird offering an introduction to the debate.

The Digital Economy Bill has just been through the House of Lords (in the UK) where a number of amendments were proposed. It is due to enter the House of Commons for debate with MPs shortly.

I have to admit I am not familiar with the details of the Bill  (a summary is provided at the above link). There are Notification Provisions which concern ISPs matching subscriber details to IP (internet protocol) addresses supplied in the form of Infringement Reports from the rights holders. ISPs may also have to notify rights holders of persistent infringers.  The more controversial measures of “suspension/disconnection” are set out in the Technical Measures section of the Bill. Many articles on the Net refer to a “three strikes” policy – interestingly this does not appear to be in the Bill (please correct me if I am wrong) but will be in the implementation details.

While not trying to excuse my own ignorance, a lack of clear information surrounding the provisions of the Bill may be a cause of some of the debate; Richard Mollet stated that at times it appeared the BPI and ORG were looking at different Bills: this could be explained by each party having a different intepretation of the Bill’s wording. Many of the implementational details of the Bill are designed to be implemented by secondary legislation (i.e. not defined in the wording of the law).The reasoning behind this is that technology moves faster than the law, so the law needs to be flexible enough to adapt. However, it does lead to ambiguity – both parties may be correct in their interpretation depending on how the Bill is implemented. My personal view is that secondary legislation is, unfortunately, one of the only practical ways to keep up with technology changes, but that safeguards have to be encoded in the Bill to prevent abuse. Richard Mollet referred in his presentation to “the aims of the Bill” and “what the Bill is designed to do”; however, he may underestimate the ability of a less benign government to exploit ambiguous legislation for their own ends.

To be fair to both parties, they each had valid points. Condensed:

However, both parties also disminished their case through their polemic:

I do sympathise with the BPI a little, comment in the press and on the Internet and “blogosphere” has a distinct anti-commercial tone. This makes necessary balanced debate difficult. The former “comment” often has a hint of student or dinner-table debate, underestimating the compromises and Realpolitik necessary in successful commercial enterprise.

In summary, both parties are needed for successful and balanced legislation and a compromise does seem possible – encoding the three strikes policy in statute, replacing disconnection with fines, supplying safeguards for municipal wifi. However, whether there will be time for debate in parliment is another question. Is a poorly drafted Bill better than no law?